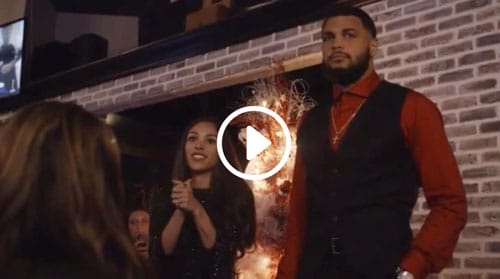 Where football has given Mike an emotional outlet in the past, it now offers him new opportunities. Mike has always known that there’s more to life than playing football. He knew he had the gift of having a platform to help others, which led him to establish the Mike Evans Family Foundation with his wife Ashli in December 2017. The foundation focuses on empowering youth, encouraging education and taking a stand against domestic violence.

Mike and Ashli are passionate about making a difference in as many lives as possible by helping people get an education and by creating a safer world for their kids and all children.

Mike recognizes the fact that if he had not been blessed with his talents to excel on the football field, then he would be in the same position as so many other people who attend college and then have the burden of debt. That is why the foundation also focuses on awarding scholarships to students. The foundation works to award scholarships to people who are passionate and well-rounded, and who may not have the opportunity to attend college because of financial reasons.

While many will know and remember Mike for his impressive on-field career, he’s working just as hard to leave his legacy off the field by helping as many people as possible.

Our Team
Make a Donation 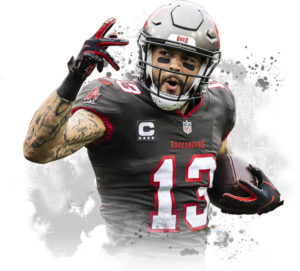 Mike has always been very passionate about educational development and standing up against domestic violence. Mike was a bright, energetic young boy, and while growing up, he and his sister Kia were constantly competing against each other in everything they did. Unfortunately for Mike and his family, they were victims of domestic violence.

Mike inherited his love and passion for football from his father. From a young age, Mike was a promising athlete who loved spending time on the field. After his father was murdered, football gave Mike the emotional outlet that he so needed. He grew even more passionate about the sport, further developed his skills, and was ultimately awarded a Division I college football scholarship to Texas A&M University.

Mike grew up in Texas and attended Ball High School in Galveston where he played football, basketball and ran track. Believe it or not, Mike was a standout basketball player and only played high school football his senior year, during which he was recruited by and signed with Texas A&M. 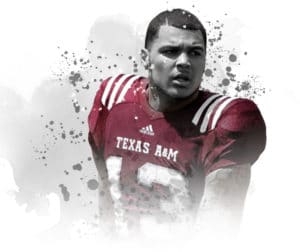 While at Texas A&M, Mike quickly became one of the most prominent receivers in the nation. He would go on to receive freshman All-Southeastern Conference (SEC) honors in his first season, a first-team All-SEC selection his sophomore season and was also selected to the 2013 AP All-America First Team. Then, he turned his eyes to the pros.

In 2014, Mike declared for the NFL Draft with hopes of fulfilling his dream of playing professionally. Sports Illustrated ranked him as the number one receiver coming into the draft. He would go on to be selected with the seventh overall pick by the Tampa Bay Buccaneers.

Mike made his professional debut on September 7, 2014, against the Carolina Panthers, hauling in five receptions for 37 yards. His career would continue to build after that point. He became the first rookie since Randy Moss in 1998 to have three consecutive games of over 100 yards and at least one touchdown. He also became the youngest player in NFL history to have more than 200 yards in one game. He finished his rookie season with 68 receptions for 1,051 yards and 12 touchdowns.

Mike would carry that success from his rookie season into the next six years as well.

In the crazy year that was 2020, Mike was able to find success with new quarterback Tom Brady and reach a new career high in receiving touchdowns with 13. The Bucs also reached the playoffs for the first time in Mike’s career. Tampa Bay won three road playoff games to make it to the Super Bowl in Tampa Bay. For the first time ever, a team was playing in the Super Bowl in their home stadium. This proved to be an advantage as the Buccaneers earned their Super Bowl ring. Mike also became the first player in NFL history with 1,000+ yards in each of his first seven seasons in the league.